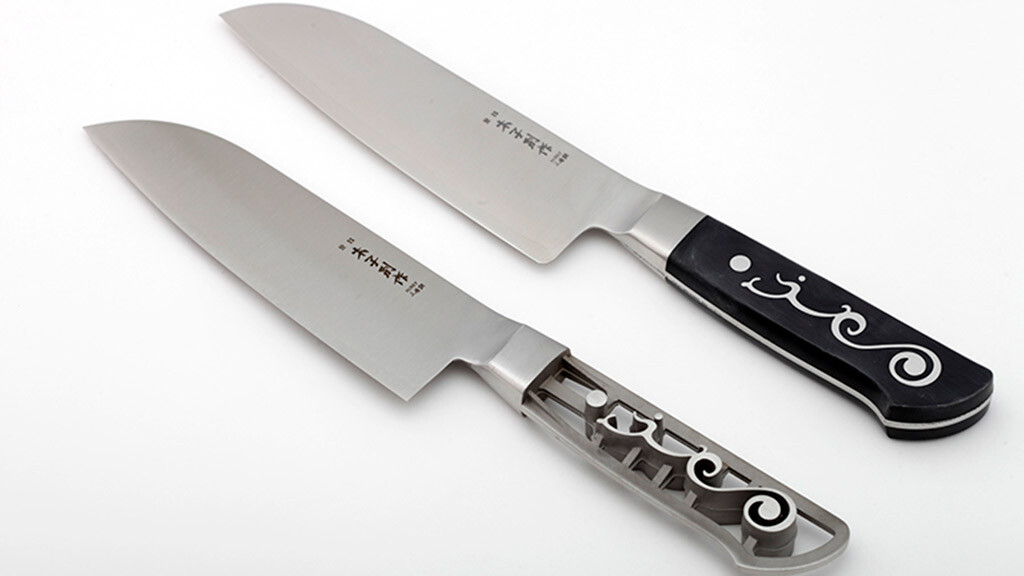 In the world of knives, as in the world of cars and music systems – in fact for almost every type of product – you have a stunning array of choice, all the way from cheap and cheerful to the pinnacle of art and design.

And everyone has a reasonably good idea of which fits where on the scale, although you’ll still get plenty of people willing to duke it out over whether the top spot should be occupied by the equivalent of Ferrari, Lamborghini, Bugatti or another luxury brand.

In the kitchen knife world of course there is the same range, all the way from the cheap and cheerfuls that adorn many kitchen drawers (of course we’re sure not yours) to kitchen knives that could best be described as individual works of art.

What may surprise is the price some chefs, amateur or professional, are willing to pay to get their hands on these top of the range knives.

The name that springs to mind first is a certain Bob Kramer of Olympia in Washington State in the US. Mr Kramer moved from working in catering for ten years, to knife sharpening and then ultimately to making his own knives.

These knives are all individually made by him using Damascus steel, each knife completely unique in its swirls and designs on the blade, with handles made from exotic hardwoods like snakewood and ebony. He used to have a three year waiting list, but then he moved to auctioning off his knives four times a year. It’s not unusual for one of his knives to go for $30,000 at these auctions.

Buyers of his knives readily admit that they’re not really buying them to use them in the kitchen, seeing them more as works of art, or maybe investments. His knives are more likely to be seen framed and hanging on the wall than chopping carrots up.

Bob Kramer is a ‘Master Bladesmith’ of the American Bladesmith Society, which puts the knives made by those who would like to attain this title through a rigorous testing process that the SAS would be proud of. We don’t suggest you do this at home, but… knives must be capable of being twisted through 90 degrees without breaking and afterwards be able to shave human hair after having also cut through two 4”x2” pieces of wood and a thick piece of rope.

Although not quite hitting the heady prices of Mr Kramer’s knives, in the UK a small group of ‘bladesmiths’ are looking to reassert the dominance of English knife makers of past days, when Sheffield in the north of the country was one of the leading knife and blade manufacturing centres in the world. Like Mr Kramer these bladesmiths are not interested in mass manufacture, they are honing knives individually for discerning chefs and collectors.

One of these is Ben Edmonds, based in an old 19th century mill in Derby, who makes carbon steel knives by hand for discerning customers, including Sat Bains, the owner and chef of a two Michelin star restaurant. There is currently a seven month waiting list for Ben Edmonds’ knives, which sell for around AU$420.

Mind you, Mr Edmonds’ career as a bladesmith may be overtaken by another one – he has been chosen by Lamb’s Navy Rum as one of their ‘True British Characters’ for their latest advertising campaign. His beard and naval tatoos we’re sure had nothing to do with it!

PS We regard I.O.Shen knives as works of art, but we don’t suggest you frame them and hang them on your wall. Unless you really want to. 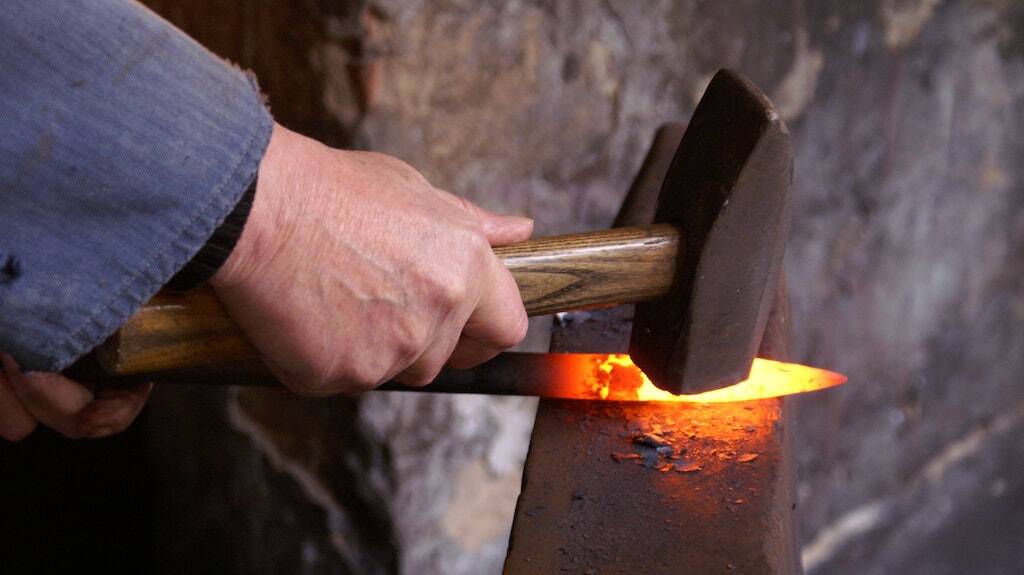