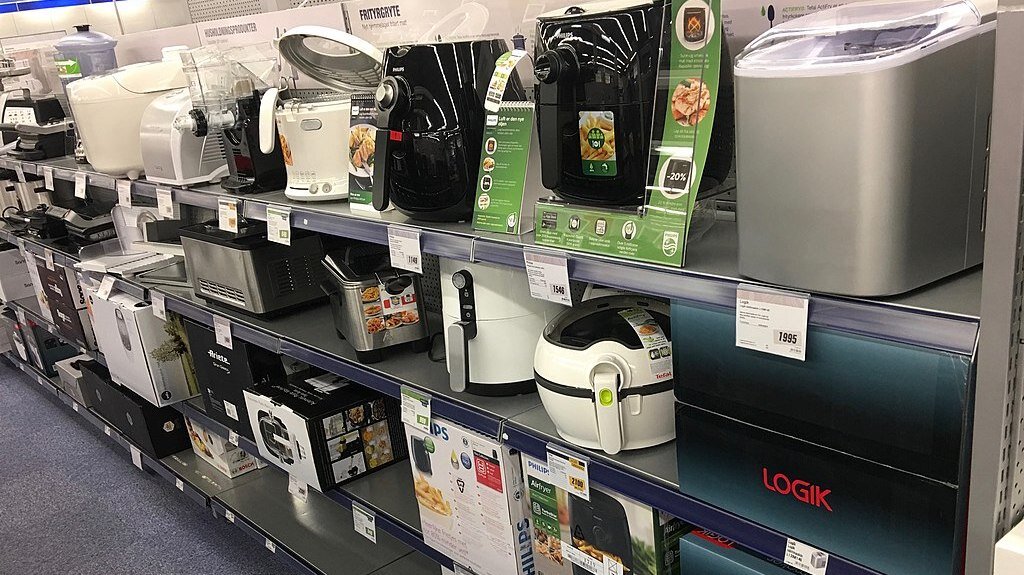 Forget toilet paper. Now a sizeable chunk of the Australian population only wants to buy kitchen appliances (and one in particular – see below). It’s a type of watered down doomsday prepping, but ultimately eminently sensible if it looks like some COVID-19 restrictions look set to remain – all part of the hunkering down and getting used to eating more meals at home syndrome.

There are already a few articles here on The Grind about kitchen appliances, like this (admittedly subjective) take on Useless kitchen gadgets and this one that touched on some kitchen gadget fads back in 2014 – Brulee torches, pasta machine …and knife sharpeners (not that we think knife sharpeners are a fad!).

First we need to define what a kitchen appliance is. The general rule we’re applying here is that it’s generally something you have to plug in, or maybe runs on batteries. You’ll see a few articles out there on kitchen appliances that include items like whisks and potato mashers and even knives as ‘kitchen appliances’, and we’re not including these, even though the Merriam Webster definition might include them as…

‘an instrument or device designed for a particular use or function’

We prefer the next part of the same definition, which is…

‘specifically: a household or office device (such as a stove, fan or refrigerator) operated by gas or electric current’

But it’s OK, we’re not going to ramble on about what we regard as standard kitchen appliances – no advice on refrigerators (although black ones are apparently ‘in’ at the moment – time to get that tin of black paint), kettles or toasters here. There’s probably an entire article on toasters alone, although we’re not promising to write it.

Having said that, a lot of people aren’t necessarily buying new types of appliances, but are instead upgrading existing ones (one household we’re aware of has upgraded to a bigger benchtop oven but has also swapped out a perfectly good kettle and toaster for ones ‘in better colours’, which we’re sure makes the toast and tea taste better).

So what are the new appliances people are buying? There’s really only one new appliance out there at the moment and that is the (drumroll) …air fryer. So, why is this the new favourite?

In a word, fat, or more accurately, the lack of it. An air fryer is essentially the same as a convection oven, in that it uses convection heating to cook the food – the difference is with an air fryer the food sits in a basket and hot air is blown around it by a fan.

A normal oven is slower to get up to temperature and the air circulates more slowly. The air fryer gets up to temperature much more quickly and the comparatively smaller size of the appliance means that heat is circulated more evenly and results in a crisping of the food similar to deep frying.

So is the food out of an air fryer any better for you?

If you’re comparing it to food you would ordinarily deep fry, it’s a resounding yes simply because less oil is involved. But if you would normally cook your food in a conventional oven with little or no oil anyway, then there’s less difference, except you get a crispier texture with an air fryer.

The same rule that applies to computer programs also applies to food appliances – garbage in, garbage out!

NOTE
The Nirey KE198 pictured below is a magnificent example of an essential kitchen appliance(!); the magnetic knife block may not technically be an ‘appliance’ but is a great way to keep your knives sharp and a fashionable addition to any kitchen!