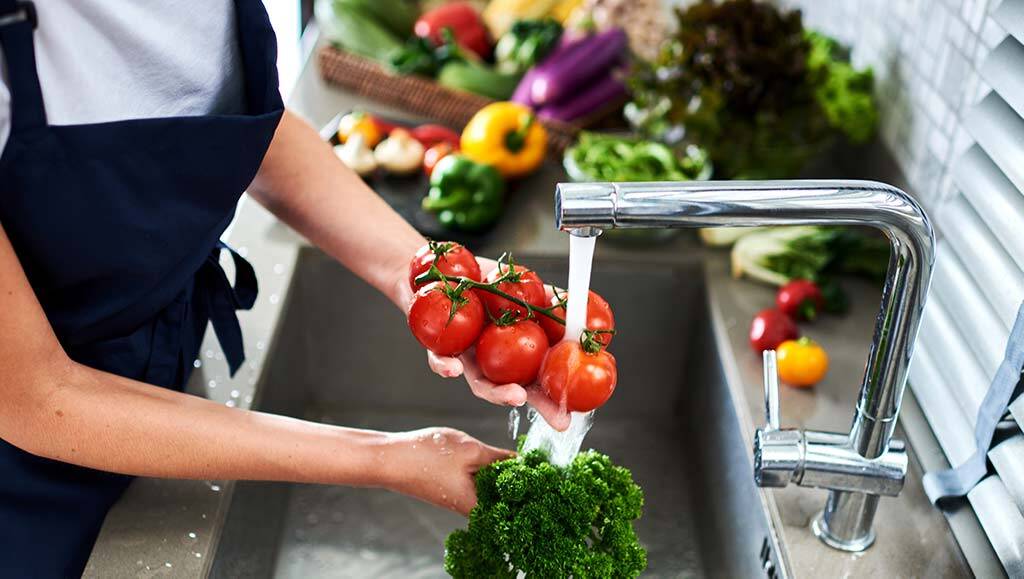 A quick perusal of the articles on The Grind and you’ll see quite a few of them focus on meat, like this one, this one and this one, or sometimes on meat substitutes but the truth is we use our trusty I.O. Shens to chop up vegetables more often than we use them for meat.

So this article, following in the footsteps of the article on fake meat, is about veggies and the future of veggies. As we discussed briefly in Mung beans are the future, one of the challenges facing mankind is how in the heck to feed the 9.8 billion humans likely to inhabit the planet by 2050.

There is already a limit to the amount of land available for agriculture, so what is needed is a way to grow more food on less land. Enter microfarming.

Microfarming (the space between the two words is optional) describes a range of food growing practices which utilise small spaces to grow crops. This ranges from what looks very much like conventional farming to ‘allotment’ style areas – very small plots of land planted out with fruit and veg – to the various ‘ponics’, such as ‘hydroponics’, ‘microponics’ and ‘aquaponics’, which often involve growing crops inside and under artificial light.

When discussing hydroponics, the mind may automatically turn to one particular type of crop, however the technique is equally effective at growing a whole range of different plants.

Hydroponics is technically a method of growing plants without using soil and instead supplying the necessary nutrients dissolved in the water supply. In addition to the plant referred to above, hydroponics are already used extensively around the world to grow tomatoes, capsicum, cucumbers and lettuce. The method is not exactly new, with one of its first proponents, William Gericke of UC Berkeley, growing 7 .6 metre tall tomato plants using hydroponic techniques back in 1929.

Aquaponics is very similar to hydroponics, but involves raising fish (or aquatic snails, prawns or crayfish) in a tank and then supplying the waste water – with nutrients already infused – to the hydroponic setup. In the very broadest sense cultures such as the Aztecs and the Chinese have used aquaponic techniques for a very long time.

Finally ‘microponics’ refers to the addition of other farm animals on a small scale to go with the aquaponics, thus allowing a household to have a fuller range of food, all produced on a small plot of land.

All of these different types of microfarming have a range of benefits, including…

The downside of course is that there are limitations to the volume of a crop you can grow, so microfarming is particularly suitable for specialist plants, for example ‘microgreens’, which are very young versions of vegetables like silverbeet, amaranth, carrot, celery and watercress (and a host of others) which, as well as tasting great, contain huge concentrations of nutrients compared to their grown-up versions.

And you know it’s a trend when IKEA jumps on the bandwagon – it is now growing lettuce in shipping containers outside one of its outlets in Germany using hydroponics, powered by renewable energy of course. This approach uses 90% less water and the crop is twice as large as would be possible using conventional farming. Plus distance from farm to plate is measured in metres not kilometres, as all the lettuce is used in its onsite cafe.

If you’re keen to give it a go, there are already a few products on the market – everything from the ‘MicroFarm‘, which comes equipped with the artificial sunlight needed to grow your microgreens, to the OGarden, a rotating self contained ‘garden’ you can keep in the house, which looks so smart it fits in with your minimalist Swedish home décor. And all you’ll need is a sharp knife (an I.O. Shen perhaps?) to harvest your vegetables just before you sit down to eat.