Remember when we used to travel around the world, pick up interesting kitchen items thinking we were going to use them all the time at home – and then never did? It’s a bit like alcoholic drinks popular in some countries which haven’t really ‘travelled’ well to Australia. The one that springs to mind is Retsina from Greece (https://en.wikipedia.org/wiki/Retsina) – tastes great when you’re there but when you’re back home you wonder what all the fuss was about (we’re sure there’s great retsina here in Oz, it’s just we haven’t tried it yet).

What’s interesting though is that there are a few kitchen utensils from other parts of the world that become a fixture in your kitchen and in some cases even fundamentally change what you eat and how you cook.

Unlike some of our previous articles about ‘kitchen gadgets’ (like this one), most of which you have to plug in, this list comprises a few very traditional items that in many cases were meant to be used over an open fire, with no electricity in sight.

In no particular order, here are the ones that we think have had a big influence on cuisine in Australia in general and – in many cases – are used in many Australian households outside those who may have brought these particular utensils with them from their country of origin.

A tajine (sometimes also spelled ‘tagine’) is an earthenware pot with a conical top that originated in North Africa. The tajine is most associated with Morocco but is also commonly used in Algeria and Tunisia. Its name – unsurprisingly perhaps – derives from the Berber word for ‘shallow earthen pot’ and before that from the ancient Greek word meaning ‘frying pan’. Traditionally a tajine is used for stews and the benefit of the conical top is that all condensation is returned to the cooking pot below. A little ‘well’ on the handle of the lid on the top can be filled with cold water to aid this condensation process. Check any Moroccan cookbook to see how often a tajine can be used to make some very tasty dishes.

A bamboo steamer goes hand-in-hand with our next entry – the wok. The Chinese probably invented the steamed vegetable, and the bamboo steamer has for a very long time been their preferred mechanism for doing this. The standard steamer is made up of three or four interlocking bamboo sections where you can place all the different things you want to steam. When done in a wok, the steamer is positioned above simmering water in the bottom of a traditional round-bottomed wok, although it can also be use above any pot. One of the benefits of using a bamboo steamer is again all about the condensation, which is absorbed by the bamboo rather than dripping on whatever you are steaming. Many people think it is the best way of steaming vegetables.

An institution in many types of Asian cuisine, it was actually first used in China for stir-frying in around the fourteenth century. Today woks come in many different versions, including flat bottomed so they can be used on electric stove tops. They are all fairly large and made of iron or steel and can come either with two side handles or a single traditional pan handle. The round-bottomed woks are better at creating an authentic stir fry. Interestingly the word ‘wok’ is Cantonese – the Mandarin word is ‘Guo’.

If you already have a wok (or you’re going to get one), a wok brush is also a good idea. Made of bamboo stalks, they make cleaning a wok after use a piece of cake, plus they don’t damage the wok itself.

If you’ve ever been to a market where there’s been a food stall selling paella, you’ve probably seen a paellera – that’s the huge pan you need a trailer to move around. You can get smaller ones that do a great job of making paella.

If your only experience of tortillas and tacos is the ready-made ones you get at the supermarket, you’re missing out! A tortilla press makes making them easy (well, easier) and you get a much more fresh and authentic taste. Fun fact: tacos originated in the nineteenth-century silver mines

The Dutch are an inventive lot. A ‘flessenschraper’ or ‘bottle scraper’ does just that. Although it was patented by a Dutch company in 1967 there are some claims it actually originated in Norway. Whoever invented it though has helped a lot of mainly Dutch people not waste anything left in the bottoms of jars. It is a 30cm shaft with generally a round rubber spatula at the bottom on one side and a straight-edged one on the other so you can get the last vestiges of whatever was in the container, whether it’s a square or round-bottomed one. Smart! Good luck getting hold of one here though – you just might have to go to Holland to get one.

These are so universal these days that not everyone knows they originated in Italy. Everyone has a preferred way to make a cup of coffee from a Nespresso machine to a proper coffee machine and everything in between. The Moka was designed to be easy to use wherever you are. The two-part design involves filling the bottom part with water and the top part with coffee and placing it over heat. In a few minutes, all the water has turned to steam and risen through the coffee in the middle leaving a cup (or two or three depending on size) of freshly brewed coffee in the top section. Technically called a ‘geyser’ coffee maker it was invented by Italian company Bialetti in 1933.

You can buy pizza ovens for a pizza restaurant that look just like larger versions of regular commercial ovens but cost a huge amount of money. The best ones though are the traditional ones which you burn wood in and the good news is, you can build them yourself. The key to the success of a pizza is having a very hot oven and the traditional style ones do this perfectly. Once you’ve tried a pizza made in these ovens you’ll never go back.
Good luck bringing one home from your holiday in Italy though. 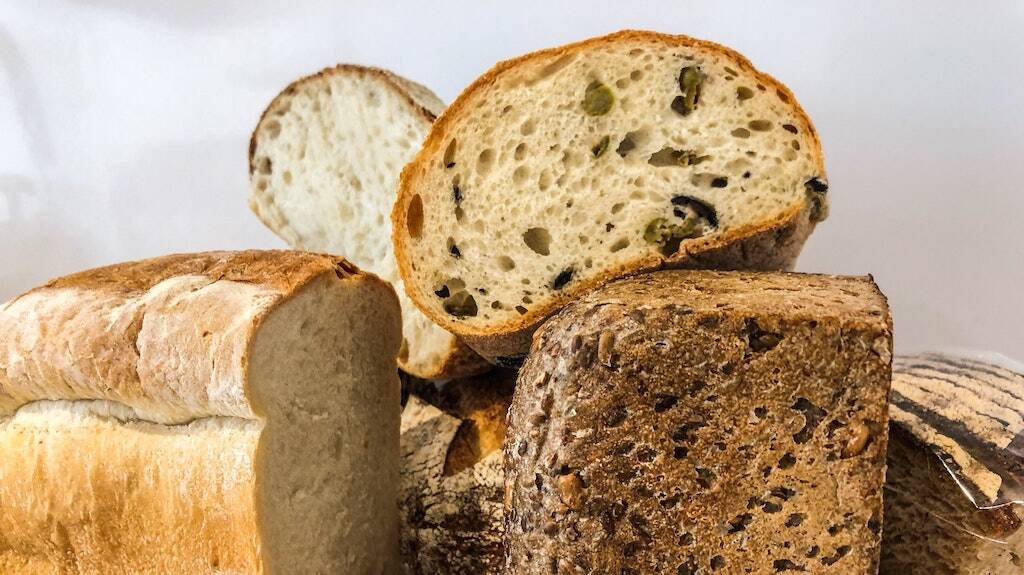