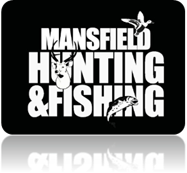 Mandy & Shane Kirley run Mansfield Hunting & Fishing in Mansfield, a small town nestled in the foothills of Mt Buller in northeast Victoria and just five minutes drive away from one of Australia’s largest inland lakes – Lake Eildon. Mansfield is also just down the road from Bonnie Doon, where The Castle was filmed.

Mandy & Shane bought the business eight years ago and moved it from its then hidden away location to the main street about three years ago. The store sells a vast array of equipment for camping, hunting and fishing, everything from pistol, rifles and ammunition, to fishing equipment, tents and clothing.

The area is a haven for wildlife, and hunting and fishing opportunities are abundant. When the bushfires went through the area in 2007 large numbers of red deer escaped from farms and have done perfectly well in the open country, so much so that numbers are now causing some damage to the environment. Government estimates indicate that there are anything up to one million deer in the wild between Sydney and Melbourne.

So Victoria is happy to allow recreational hunting in the area – a little known fact is that deer hunting generates a massive $403M in income for the Victorian government, just behind the Spring Racing Carnival and more income than either the Grand Prix or the tennis!

“In winter we sell a lot of clothing and accessories.” says Mandy “Then in summer it’s all fishing related – lots of lures and rods.”

Right now the trout season is closed in the rivers, but lakes can still be fished for trout, and there are plentiful cod, yellowbelly and redfin to be caught. The trout population has been hit by a combination of overfishing, the effect of the bushfires and the drought, and the DPI is planning a project to restock trout in local waters. The trout season opens again in September.

All of the hunters and fishermen (and women) of course need knife sharpeners to keep their tools in top condition, and Mansfield Hunting & Fishing stocks the entire Nirey electric sharpener range and all the accessories.

“We’ve never had any negative feedback on the Nirey sharpeners.” adds Mandy. “We only ever have really good feedback. Many hunters go hunting together in groups of 10-15 and they’ll often get a Nirey sharpener to mount in their truck for all the group to use. In fact we offer an in-house knife sharpening service and we do all those knives on our Nirey sharpener.”

Interestingly Mandy doesn’t stock the I.O.Shen range of professional knives, as they are specialised in hunting and fishing and don’t sell any kitchen or cooking equipment – there are other shops in the area  that stock these types of products. Ironically Mandy owns an I.O.Shen knife set at home and ‘absolutely loves them’.

Alongside the retail store, Mandy runs an online store called The Shooting Zone, which sells the entire range of products they stock, including the Nirey range, which sells very well online. She explains that many people that live on the land are much happier ordering online – they get a mail delivery three times a week and it saves them the long trip into the nearest town.

Mandy will be catching up with the TKC team at the Melbourne Home & Giving Fair next month (2-6 August) to have a look at the Bolt Action range of hunting knives – perfect for all those hunters and fishers.